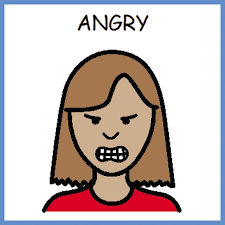 Remember about my post regarding the annoyance that our Comp & Ben cause me? Well, guess what? The annoyance wasn’t over! I went to their office a while ago, and hoping that I could get my ATM. When I arrived, they couldn’t find my ATM! What luck! So they tried searching for it from other batches’ ATM, and somehow, they found one ATM that has “Waniwan” (my hubby’s last name) and they assumed that the ATM was mine, but sadly, the bank misprinted my name! Instead of Maricel, they placed Michael!!! How stupid could they be?! Michael’s my hubby’s name, and I am very sure that I will not place his name on the form! What makes me so sure? The fact that the name in the ATM is Michael T. Waniwan. My hubby’s name is Michael M. Waniwan, his middle initial is M not T. I, on the other hand, has the T middle initial. So how could I possibly make a mistake? Since this event happened at around 9:00pm, they told me that I have to wait for the bank’s confirmation on the typo matter, reassuring that the card number and the account number belongs to a certain Maricel T. Waniwan.

This is really annoying because that was the only time that I could get my pin mailer for the ATM at Discovery Building (where the office of our Comp & Ben is). If I wasn’t able to get it that time, the only choice I have is to get my pin mailer at Market! Market!.

Anyways, after my shift, I went back to the Comp & Ben office and asked for the status of my ATM, they told me that I had to wait until 9:00AM because they had to call the bank and banks usually open during that time. So I waited for 2 hours (my shift ends at 7AM). Finally, 9AM came and I went back to their office, and hurray!!! They confirmed that it was just a typo and that the ATM is really mine. WHEW! As rep A handed me my ATM, rep B told him not to since I still lack my requirements. WHAT!?!?!!?! I told rep B that I have passed all my requirements within the 7-day period allotment and that their other staff told me to pass it in their front desk. So now, the problem is that they can’t release my ATM because they can’t find my requirements! This is bulls**t! Rep B asked me to whom was my requirements attentioned to, I told him that it was attentioned to Ms. C. He told me to wait for Ms. C’s shift so that we could get my reqs. So another 2-3 hours of waiting. I was really getting pissed off and Rep B just smiled and laughed his way telling me that I’m so unlucky (malas ko daw). He’s retarded. I wanted to shout at him and tell him not to even joke around about the matter and that he is wasting my time because of their irresponsibility.

After a lot of paces around the hallway, doodles on my notebook, naps on the sleeping quarter, rep B finally told rep A that it was already okay to release the ATM. AT LAST!!!! I finally got my freaking ATM! But wait! There’s more…

The annoyance doesn’t stop there. Remember the pin mailer? I asked them if I could still get my pin in Discovery Building since the late release of my ATM is not my fault. They told me that I should get the pin mailer at Market! Market! WOW!!! What hassle! And the only time for releasing the pin is 9PM – 11PM of July 21, 2008! That’s a Monday and my shift starts at 10:00PM!!! Now they are going to cost me my salary deduction if I will come in late this Monday. Why do I have to suffer for their mistakes??!?!?!! They should be terminated for this! ARGH!!!!

Although I do know that they are handling a lot of employees, but misplacing one of the employees requirements is NOT an excuse!